Altria Group’s U.S. Smokeless Tobacco Co. unit announced this week the recall of an unspecified number of cans of dozens of brands, including Copenhagen, Cope, and Skoal.

The recall was initiated after USSTC received eight complaints from customers from Indiana, Texas, North Carolina, Tennessee, Wisconsin, and Ohio that cans of the tobacco included visible, sharp fragments of metal.

None of the complaints included reports of injuries, Altria says in a statement.

The affected products were manufactured at USSTC’s Franklin Park, IL, facility and shipped to retailers nationally. 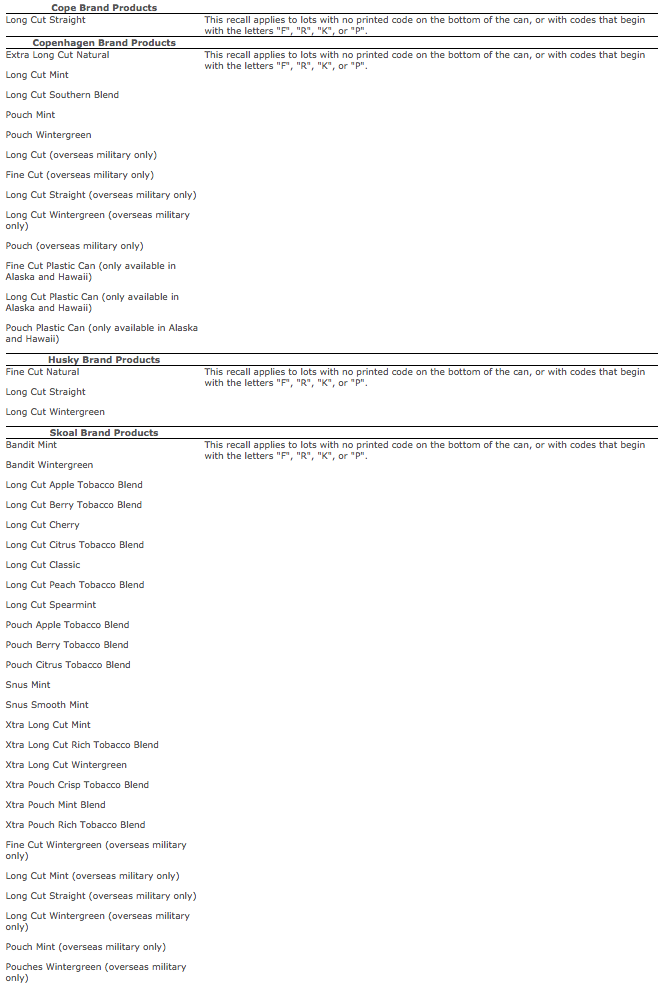 If you have been harmed in any way by this recall, please contact us today!

No thoughts on “Smokeless Tobacco Recall: May Contain Metal” yet. Be the first to speak your mind!

More Widespread Use of Tempered Glass Recommended by Experts Researchers from Rutgers University has found in their study that several consumers experience severe injuries because of glass tables. Injuries are more serious with untempered glass but while tempered glass is the standard when making doors, glass table regulations aren’t as strict. Researchers believe that “It Read More

Sharp Microwave Class Action Settlement A Sharp Microwave class action settlement is now available after the lawsuit was finalized, claiming that Sharp microwave drawer ovens were manufactured with a serious fire-risk defect with the potential to cause property damage. Consumers allege that Sharp failed to issue a warning about such defect, stressing further that, “the Read More

Ford Explorer Recall Announced After Complaints of Faulty Rear Center Seat Belt Buckles A Ford Explorer Recall has been announced. The Ford Motor Company issued a recall on 29 model year 2020 Explorers. According to reports, the cars have second-row center seat belt buckles that might be improperly secured. If a car was equipped with Read More