Here is a piece from CoinCentral.com, a leading cryptocurrency news based website, which speaks on the most recent Cryptocurrency News out there. It is titled This Week In Cryptocurrency.  Enjoy the article, and remember to share its great content!

Livin’ On a Prayer

“When the praises go up, the blessings come down,” Chance the Rapper tells us.  Well, we best hope he’s right, because the cryptocurrency market could use a lil providence right about now.

Sitting at a $336bln market cap last Friday, the market dropped to $275bln by Sunday, only to steadily rebound for the rest of the week following the G20’s cryptocurrency-focused summit.  Until yesterday, the market cap climbed above its position from the prior week, but after losing a couple $10bln, it’s at $324bln, a 3% loss from last Friday.

Not the biggest recorded loss by any means, but it shows that the market is still teetering on the edge.  Right now, it’s waiting for a tipping point–whether that be up or down is anyone’s guess. That said, it could also find some balance by trading at a less volatile equilibrium.  Some sideways price action would be a blessing for the coming weeks, so feel free to say some prayers for a little consolidation and a flat-lined price chart.

Bitcoin: At the time of this writing, Bitcoin is trading for $8,570, a whopping 1% increase from its $8490 price coming into this week.  But hey, it’s still in the green, and that’s something to be thankful for.

Twitter’s CEO Believes Bitcoin Will Be the World’s Sole Currency: “The world ultimately will have a single currency, the internet will have a single currency. I personally believe that it will be bitcoin”, said Twitter and Square CEO Jack Dorsey. He strongly believes that in the next ten years, updates like the Lightning Network will help bitcoin overtake competitors. Dorsey has already contributed $2.5 million towards an SF startup focused on advancing the Lightning Work.

There Will be a Universal Payments Network by 2028, Says Jeb McCaleb: CTO and co-founder of Stellar Jeb McCaleb doesn’t know which blockchain network will dominate the universal payments system in the future, but he does believe it will involve a “public ledger that people can see and can’t change arbitrarily”. Currently, McCaleb is attempting to set up such a network through Stellar.

IBM Announces Blockchain Starter Plan Solution For Businesses: IBM recently unveiled their new product that allows anyone to build distributed ledgers. In an email with CNBC, general manager of Blockchain at IBM Marie Wieck wrote: “our expertise in building and scaling networks is invaluable and will be shared across a wide ecosystem.” IBM made it clear they will focus on distributed ledger technology, not cryptocurrencies.

Roughly 50% of 2017’s ICO’s Have Already Failed: It turns out everyone who warned you to be wary of ICO’s were right. According to a study by Bitcoin.com, out of 902 crowd sales which took place in 2017, 142 didn’t make it past the funding stage and 276 since failed. When calculated, it amounts to 46% of all ICO projects having already entered the crypto graveyard.

Stellar Looks to Adopt the Lightning Network: One of the market’s top 10, Stellar Lumens, will begin integrating Lightning Channel’s protocols onto its network.  The announcement comes less than a week after Lightning Labs released a beta for Bitcoin’s LN. “In order to keep the network efficient and stable,” Stellar founder Jed McCaleb said regarding the developments, “we need something like Lightning.”

Congress Issues Bullish Report on the Benefits of Blockchain: In a routine economic report, the United States Congress praises the potential of blockchain technology for legacy industries.  “Blockchain technology offers a decentralized, secure, and efficient way to store almost any form of data across multiple platforms. Developers, companies, and governments recognize the potential and have already starting to implement blockchains for many different uses,” the report read. “From applications ranging from management of the electrical grid and utilities to how companies manage global supply chains, the potential for blockchain is truly revolutionary.”

Trump Officially Bars Citizens from Using Venezuelan Petro: Venezuela is currently holding an initial coin offering for the Petro, its very own commodity-backed, state-sponsored cryptocurrency.  Ironically, Trump has now domestically sanctioned an alternative currency that was made specifically to circumvent US sanctions. In response to the petro’s ICO, Trump signed an executive order that prohibits citizens both in the US and its territories from purchasing or holding the Petro.

Will Other Distributed Ledgers Replace Blockchain?: Should we replace blockchain with something else? That’s a question many technologists are asking in the wake of scaling challenges for key blockchain platforms.

Pablo Escobar’s Brother Is Creating A New Cryptocurrency: Pablo Escobar became known as “The King of Cocaine” during the 1980s. Now, his brother Roberto hopes to become successful in a different industry: cryptocurrency.

What is Veritaseum (VERI)?: Is it a scam? Is it legit? “At it’s [sic] simplest, Veritaseum is the gateway to peer-to-peer capital markets,” the project’s website proclaims.

What is HOT?: HOT is the token of the Hydro Protocol. It has nothing to do with heat or fire but does improve liquidity by providing incentives for professional market makers.

Blockchain Agriculture Will Change Farming & Food: Learn more on why blockchain could be the key to making real, organic, locally-sourced produce affordable and available to everyone.

Russia Potentially Helped Venezuela Launch Petro to Dodge U.S. Sanctions: As TIME suggests, the Russians may have used Venezuela as an experiment to test a decentralized currency without the risk of bringing down their ruble.

How to Accept Cryptocurrency in Your E-Commerce Store:  In this article, we show how to integrate e-commerce blockchain and highlight the benefits of accepting bitcoin (and other cryptocurrencies) on your online shop.

What is Rivetz (RVT)?: Find out how this project can provide an unprecedented level of certainty of intention behind each transaction.

What is GameCredits (GAME)?:  A beginner’s guide to a cryptocurrency project that wants to become the single payment solution for the online gaming industry.

With Blockchain, Ownerless Businesses are on the Horizon: How effective can a business really be if most decisions need four levels of approval before you can take action? Welcome blockchain.

What is Abra?: Check out more about the investment app founded on the Litecoin Network.

Blockchain Art Provenance & the Future of Digital Art: A digital artist could sell tokenized, certified art to mitigate the effects of forgery and prove the true owners of original, artist-sanctioned pieces. Find out more about how blockchain will affect the art industry.

What is Zclassic (ZCL)?: Zclassic is a perfect example of what happens when you clone a coin, remove a development budget and turn it into a community-driven free for all

Off to the Races: The Four Cards Competing to be Crypto’s Top Payment Option: In this article, we break down the top projects working to get cards in your hands and spendable crypto in your pockets.

Twitter Frauds, Market Manipulation, and Shoddy Exchanges: An informative piece on common cryptocurrency scams you need to watch out for.

No, Sierra Leone Didn’t Run The World’s First Blockchain-Based Election: The National Electoral Commission Sierra Leone denies publications claiming it held its recent presidential election with blockchain technology. In a Tweet, the commission said it uses “an in-house database to tally election results” and “does not use Blockchain in any way”. The false narrative seems to stem from a Swiss blockchain company named Agora, whose CEO congratulated the country for using blockchain technology in their election. 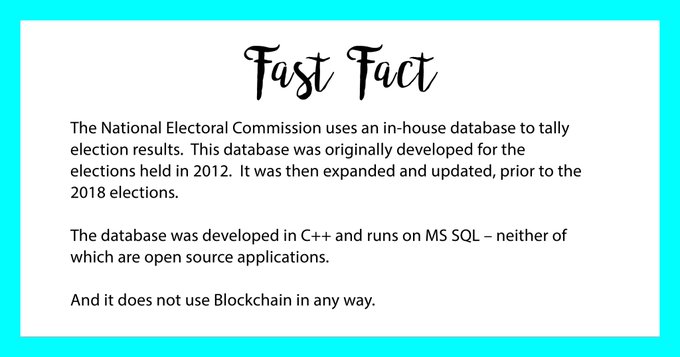 Maybe he’s changed his way, or maybe it’s just another profit-making scheme from the ultra-wealthy Escobar family. Either way, Roberto Escobar is launching his own cryptocurrency which is said to be similar to bitcoin. Named “diet bitcoin”, Roberto states he’s made over $100 billion dollars in his career and this digital asset will be another success, adding “buy as many diet bitcoins as you can afford, the value will be very high soon.”

South Korea Plans to Legalize ICOs Again: According to The Korea Times, “the financial authorities have been talking to the country’s tax agency, justice ministry, and other relevant government offices about a plan to allow ICOs in Korea when certain conditions are met”. If the source (who preferred to conceal their identity) is telling the truth, the news will be a major turnaround for the South Korean government who deemed last September were illegitimate.

Binance Makes the Move to Malta: Following compliance warnings sent by Japan’s Financial Services Agency, Binance, one of the world’s most popular cryptocurrency exchanges, is relocating to Malta.  According to Binance’s CEO, the Hong Kong-based exchange hopes that Malta’s progressive attitude towards cryptocurrencies specifically and FinTech at large will foster a healthier culture for the less-than-a-year-old company.

Honored, sir! Part of my original quote to Bloomberg that was left out of the article. “Malta is very progressive when it comes to crypto and fintech. We think it is a good place for other crypto businesses to look into as well.” https://twitter.com/JosephMuscat_JM/status/977115588614086656 …

Russia May Have Given Venezuela a Hand With the Petro: A Time’s article published on March 20th claims that Russia assisted Venezuela with the launch of its national cryptocurrency, the Petro. According to TIME’s source, an executive at a Russian state bank who deals with cryptocurrencies, “senior advisers to the Kremlin have overseen the effort in Venezuela, and President Vladimir Putin signed off on it last year.”  While unconfirmed, the accusation is far from surprising, though it does paint a more complex picture for the state of US and Russian relations, especially in light of President Trump’s Petro ban.

UK Government Looks to Create Cryptocurrency Task Force: Philip Hammond, the UK’s Chancellor of the Exchequer, is set to reveal plans for the UK’s new cryptocurrency task forks, reports from this Thursday suggest. Apparently, the task force will include the Treasury, the Bank of England, and the Financial Conduct Authority.  The developments are anticipated alongside other FinTech discussions at the second annual International FinTech Conference hosted by the British government.

In Korea, Banks Being Probed for Exchange Corporate Accounts: As originally reported on Yonhap news, the South Korean Financial Intelligence Unit and Financial Services Commission will launch an investigation into domestic banks that offer corporate accounts to cryptocurrency exchanges.  The probes are meant to ensure that all banks are complying with the government’s anti-money laundering regulations.

Again, this article was shared with us by our friends at CoinCentral.com. Go check their other work out here!

Have a question for us? Did we miss a detail? Let us know! Send an email to Outreach@ConsiderTheConsumer.com, find us on Twitter or Facebook, or even connect with us directly on our website! We look forward to hearing from all of you.

Even the last 12 months have shown every bit of downside in the crypto market, cryptocurrencies at large still remain popular with certain people across the globe. One of the many questions we’re asked about cryptocurrency, though, is how do you spend it? Well, that answer just got a whole lot easier as a new Read More

Mining Ethereum With A Mac This piece, which discusses Mining Ethereum on a Mac, was given to us by our friends Coin Central. The piece intelligently looks at how Mining Ethereum has become increasingly accessible with more user-friendly interfaces being developed. However, native hardware included in most Apple computers might not be enough to turn Read More